The Government of Orkhon province invites sealed bid from eligible Bidders for Supply of 12 big buses as public transport.
Bidders should purchase the bidding documents with writing request and pay a non-refundable fee of 50,000 (fifty thousand) tugrik.
Bids will be valid for 45 days since it is opened.
Financialbackground and Experience requirement of Bidders as shown following;
Sales value: Average sales value of last 2 years is not lower than 70% of offered price.
Fast convertible assets and available amount of loan:
Equal with offered price amount.
Financial statement which is registered by Audition:
Last 2 years.
Send Bids documents with some money of 2% of the offered price of tender.
Other documents are mentioned on the Bids document which is not in this Invitation.
Bids document has to be sent before 10 аm 28th January 2014 and if bidders want to participate in the opening, the opening will start at 11am 28th January 2014.
Foreigners can participate in the Bids.
Diversity of priority is not countable.
Further information and the bidding documents can be obtained from the following address: 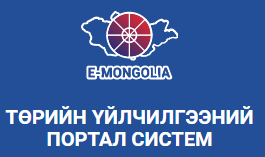